Every fashion week I seem to fall in love. I’ve been styling Fashion Scout’s Ones to Watch for about 12 seasons and I can’t help but adore the designers that I’m working. It’s often the designer first show after graduation – so it’s such a wonderful moment to share in a designers life. This season Carrie-Ann Stein, George Styler, Hiroko Nakajima and Sarah Ryan were selected for Fashion Scouts prestigious Ones to Watch by: Hilary Alexander, Martyn Roberts,  Jessica Bumpus, designer and former Fashion Scout Merit winner, Georgia Hardinge and myself.

Hiroko Nakajima graduated from Central Saint Martins in 2012 with an MA in fashion. She has a studio in East London and her knitwear is bright colourful, geometric and very easy to wear. There is actually lots of separates and layering in her collection with some very cool cuffs, neck pieces ad quirky hats in creams and blacks with red, yellow and blue.

Sarah Ryan graduated with a BA (Hons) Womenswear in 2013 from Limerick School of Art & Design and she was named IDI Fashion Designer of the Year 2013, Finalist in Persil Design Awards 2013 and winner of Triumph Inspiration Award 2011. She’s based in Cork and has her studio there. Her ten piece collection was mainly black and cream leather woven/macramé separates which are extraordinary yet functional. There was a backpack with black roses – which was to die for.

Carrie-Ann Stein graduated from Central Saint Martins College of Art & Design in 2013 with a First Class BA Honours in Fashion Design with Knit and in 2012 she won the 1st Umbria Cashmere District Award. Carrie-Ann’s collection plays with the double meaning signage using distinctive prints on digitally printed, laminated, and dyed-flocked fabrics – which are quite fun, provacative and easy to wear.

George Styler graduated from The College of Textile Design, Technology and Management in Belgrade and now holds a diploma in Apparel Design and Textile Design. George presented a men’s and women’s collection heavily embellished knitwear, it has a punk feel, spikes, hot pants, leg warmers  with a mix of traditional embroidery  by Sirogojno Style who for last five decades have produced hand knitted woollen garments that are made by women in rural households of the mountain region of Western Serbia. 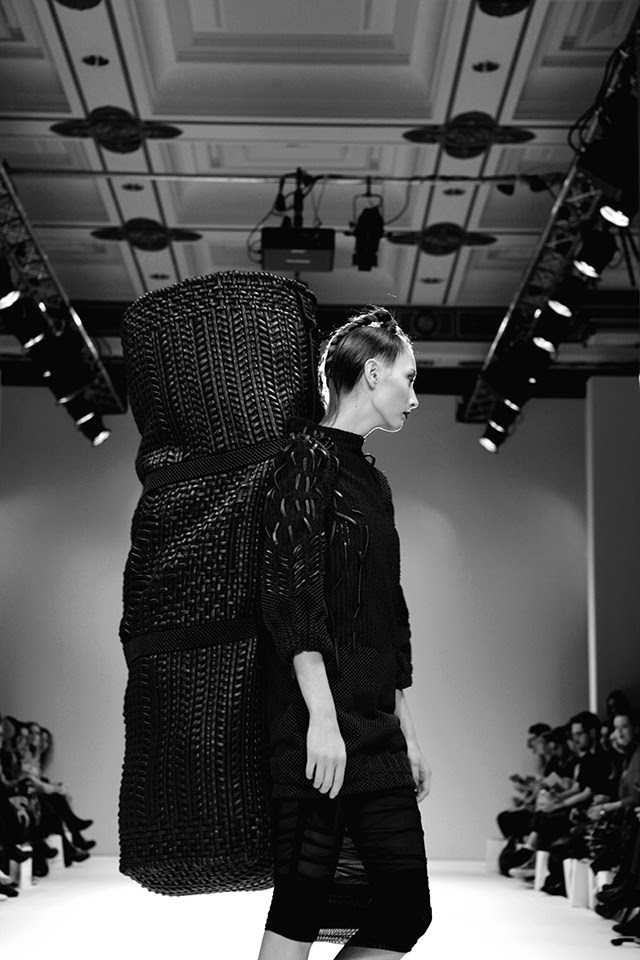 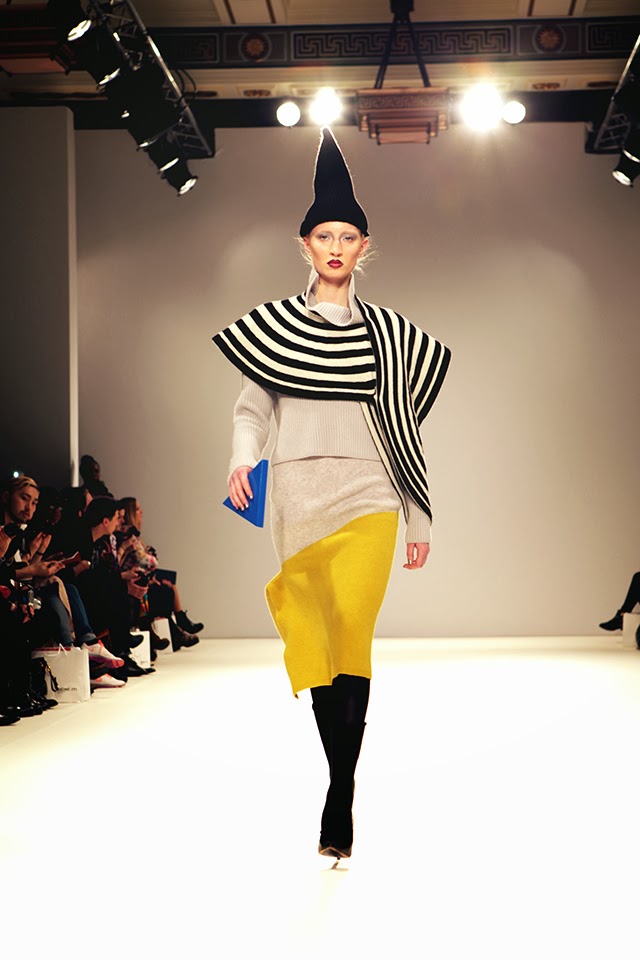 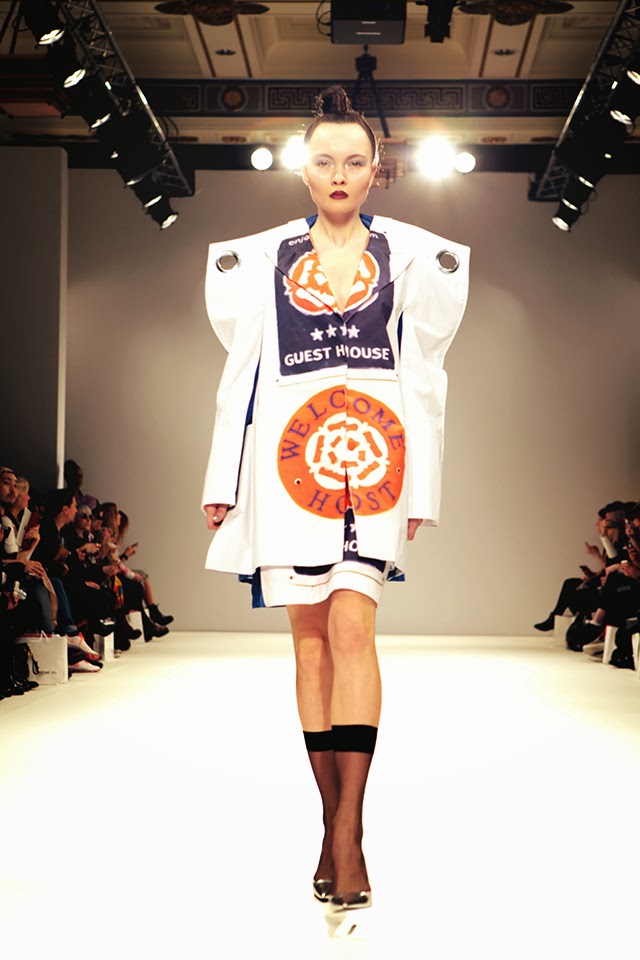 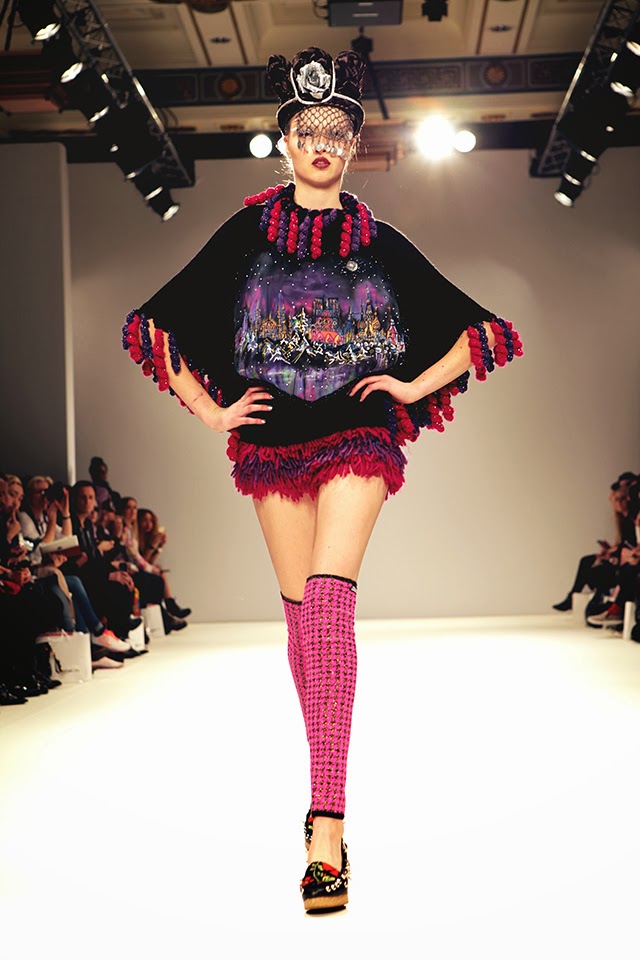